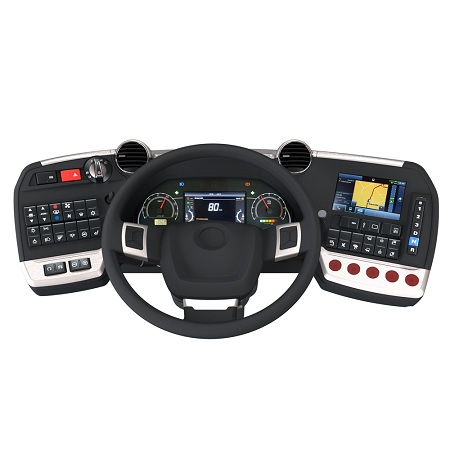 The Toulouse company, which with more than two-thirds of export sales occupies key positions worldwide in the market niches it addresses, has announced that it is negotiating the sale of non-strategic activities with potential buyers.

Created in 1986 from certain assets of Bendix (an American electronics pioneer, which had joined forces with Renault to develop integral electronic ignition, a precursor system for on-board electronics in light vehicles), Actia has always mixed organic growth and acquisitions to ensure its development, particularly internationally. But for the first time, the firm from Toulouse is considering the opposite operation, by planning to sell certain activities now deemed non-strategic, in order to strengthen its financial situation - without giving up its objective of eventually exceeding 800 million euros. of annual turnover.

Create and manage your virtual wallet

If the scope of the transfers is not specified, the project seems relatively advanced since the firm already indicates discussions with potential partners. The title took advantage of this, jumping 14.53% to 4.10 euros around 4:00 p.m., its highest level since January 2020, just before the fall of the markets with the appearance of the coronavirus pandemic.

A specialist in on-board electronics

Basically, Actia (formerly Actielec) designs, produces and operates electronic devices for managing systems, mainly in the automotive sector, and to a lesser extent in telecommunications, particularly satellites. The range of activities is too vast to be summarized, ranging from on-board electronic architecture in vehicles to instrumentation via diagnostic systems, without forgetting technical control or fleet management solutions, the firm aiming each time a position of benchmark player on an international scale, if not of leader.

Reinforced by the continued growth of its order book, enabling it to target, within four years, a turnover of more than 800 million euros (compared to 460 million in 2021), the group announced Monday morning that it was considering divesting activities that were not essential to achieving this objective. Negotiations are already underway with potential buyers, but Actia has not indicated what proportion of its current business is affected by these potential disposals.

These structural projects would strengthen the financial room for maneuver of Actia Group , which has also secured its financial resources via 50.7 million euros of PGE (loan guaranteed by the State) in 2021, after the 41.4 million obtained in 2020. In addition, in the event that certain covenants (loan-related commitments) are not respected as of December 31, 2021 (this was already the case at the end of 2020, but the 2021 ratios have not yet been established at this day), Actia has already obtained from all of its banking partners concerned (less than 20% of the total debt is subject to these covenants) the exemptions in connection with the exceptional situation created by the pandemic and, by extension, by the shortage of components.

"By also having the effect of allowing the group's investments to be concentrated on its technological activities with higher added value, the planned disposals will allow Actia to have more resources to consolidate its innovation policy while supporting its customers in the many challenges of the electronic world, and better conditions to drive its growth", develops the company in its press release.

Actia specifies that it expects turnover close to 460 million euros in 2021, up from 438.5 million euros in 2020, despite the major difficulties in sourcing components. For 2022, the firm still boasts a large order book, "allowing it to continue the growth dynamic, while remaining hampered by tensions in the components market". The exact landing of 2021 will be revealed on February 22 before market.