Penalized by the prospect of a sharper and more pronounced monetary tightening than expected, cryptocurrencies have not been spared by the renewed caution of investors vis-à-vis risky assets. 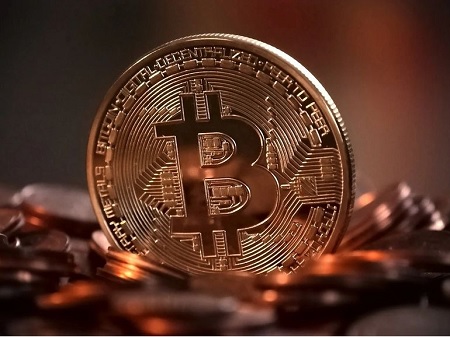 Star of the markets in 2021, bitcoin begins the new year sharply down, a victim of the risk aversion of investors who expect a tightening of monetary policy in the United States. After releasing ballast on Friday, then recovering slightly over the weekend (unlike the equity markets, bitcoin's quotation is almost uninterrupted), the cryptocurrency pioneer is experiencing another sudden slack on Monday, and trades at $ 40,800 (-2.4%) per unit around 3:50 p.m. A few minutes earlier, this price had even fallen below the threshold of $ 40,000 for the first time since September.

As with many assets across the market, the main problem with decentralized cryptocurrency is Fed policy: The minutes of the monetary institute's December meeting revealed to investors on Wednesday that some of its members were ready. to raise key rates as quickly as possible.

After enjoying "a long period of easy money" in 2020 and 2021 as the Fed boosted the US economy in the midst of the Covid-19 pandemic, "the expectation of monetary tightening scares its followers" , comments Susannah Streeter, analyst at Hargreaves Lansdown. The new drop in the unemployment rate in the United States recorded on Friday (although less than expected) "will probably galvanize (members of the Fed) who want to act to stop inflation," says Craig Erlam, analyst at Oanda. Some investors consider that one of the characteristics of bitcoin (its supply limited by the algorithm that regulates its issuance) makes it a safe haven against inflation, a kind of digital gold,

The political crisis in Kazakhstan, where the president on Friday authorized the security forces to "shoot to kill" in order to quell the riots that are shaking the country, is also another element that could "exacerbate the volatility of bitcoin " according to Susannah Streeter . Since China banned the activity of bitcoin mining , this industry whose constantly running servers are essential for the validation of cryptocurrency transactions has partly turned to Kazakhstan, which has become the second country in the sector, according to some estimates.

Accustomed to the exacerbated volatility of cryptocurrencies, some players in the sector say for now to keep their cool. "There are similarities with the price movement between mid-May and August", when prices fell by more than 50% before rising again, reaching their all-time high in November at 68,992 dollars, recalls Mikkel Morch, from the cryptocurrency trading platform ARK36.