India: Discussions on crypto between the government and the RBI

The growth in the rate of adoption of cryptocurrencies does not eliminate all the reluctance that some governments have on the subject. India, like other countries, still maintains a certain reserve and has not yet clearly stated its position on the subject. Questions therefore arise as to the future of cryptocurrencies in the country and the possible impacts of regulation of the sector. 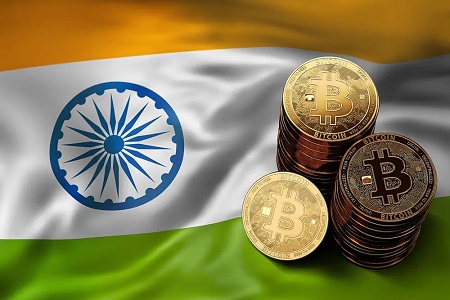 What future for cryptocurrencies in India?

Discussions are still ongoing on this subject between the government and the Central Bank of India. According to the Indian Minister of Finance, Nirmala Sitharaman, all decisions relating to cryptocurrencies will be taken unanimously by the government and the Reserve Bank of India (RBI). While the latter had been tasked with introducing the country's digital currency, the decision seems to have been questioned since Mr. Das (RBI Director) comments on the value of cryptocurrencies. According to him, digital currencies would have no value.

However, Ms. Sitharaman would favor regulation instead of a firm ban and wants a 30% tax to be applied to income from cryptocurrencies . “  Should cryptocurrencies be banned, regulated or remain unregulated and unbanned? All possibilities are open. It can be banned, it can be regulated or a tax regime can be put in place  ,” she said. This proposal naturally divides local players in the cryptocurrency sector.

India is the second country with the highest adoption of cryptocurrencies in the world and therefore one of the most prominent in the sector. One of India's leading cryptocurrency exchanges, WazirX, saw user registrations in Tier 2 and Tier 3 cities in the country increase by 2,648%. It has been revealed that women in these cities show a higher interest in cryptocurrencies than their urban counterparts. However, this strong adoption could be held back by the restrictions threatening the sector .

Indeed, they could scare away potential investors from the sector, even though it is booming. However, the local crypto industry does not seem to be troubled by the lack of regulatory clarity. As proof, cryptocurrency exchanges are listing more crypto assets and launching new products. Moreover, the advent of regulation could be particularly beneficial for investors from another point of view . Indeed, it would facilitate the creation of information infrastructures, certified financial advisers in order to reduce the risks of cybercrime and fraud related to cryptocurrencies.

The lack of clarity on the content of the upcoming cryptocurrency regulations in India is not, however, hampering the growth of the local industry. Nevertheless, any decision taken on the subject will inevitably have an impact on its development.