Bank of England sketches out regulatory approach to crypto

The Bank of England began drafting Britain's first regulatory framework for cryptoassets on Thursday, warning that while the sector is now small, its rapid expansion could pose a risk to financial stability if left uncontrolled in the future. 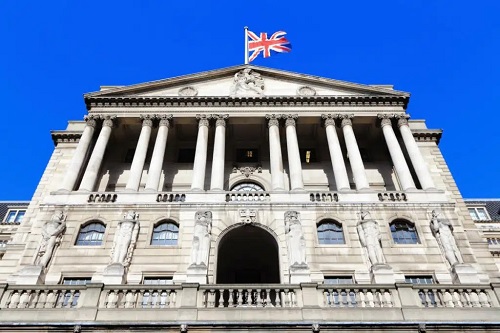 Concerns that cryptoassets could be used to avoid financial restrictions placed on Russia since its invasion of Ukraine have prompted regulatory scrutiny.

"While cryptoassets are unlikely to provide a feasible way to circumvent sanctions at scale at this time," the Bank of England's Financial Policy Committee said in a statement on Thursday, "the possibility of such behaviour underscores the importance of ensuring that innovation in cryptoassets is accompanied by effective public policy frameworks to... maintain broader trust and integrity in the financial system."

Cryptoassets, such as bitcoin and ether, are mainly unregulated because they fall outside the so-called regulatory perimeter, and bringing them under the full scope of UK securities rules would require a change of law, which Britain's finance minister is considering.

Direct risks to financial stability from crypto are presently low, according to the FPC, but there will be hazards in the future if the current rate of expansion is sustained.

Between early 2020 and November 2021, the cryptoasset market surged tenfold, reaching $1.7 trillion, or 0.4 percent of global financial assets, with over 17,000 different cryptoasset tokens in circulation.

Until cryptoassets are fully regulated, the Bank of England is concentrating on ensuring that risks from crypto are managed in the banking sector. On Thursday, Deputy Governor Sam Woods of the Bank of England wrote to lenders, citing increased interest in the sector from banks and financial businesses.

Bank boards should "examine completely" the risks posed by cryptocurrency, and they will most likely need to alter their existing risk management procedures and systems, according to Woods.

"We would also expect firms to talk to their supervisors about the planned prudential treatment of cryptoasset exposures," Woods added, referring to the amount of capital required to cover potential losses.

The FPC stated that a big stablecoin, defined as a cryptoasset backed by a fiat currency or other asset but lacks a deposit guarantee scheme or a system for winding down if it becomes insolvent, might nonetheless "meet its expectations" if a regulatory framework to reduce risks is in place.

"The FPC believes that a systemic stablecoin secured by a commercial bank deposit would pose unfavourable financial stability concerns," it added.

In 2023, the Bank of England and the Financial Conduct Authority will continue to work on stablecoin rules and consult on a regulatory "model" for systemic stablecoins, according to the FPC.