Margarita Delgado, deputy governor of the Bank of Spain, shared her thoughts on cryptocurrencies and how they are raising hazards in today's economy. Delgado said at a PWC event dubbed "A climate of change" that the ongoing and extended use of cryptocurrencies could pose a variety of problems to the 12 percent of the population who now own crypto. 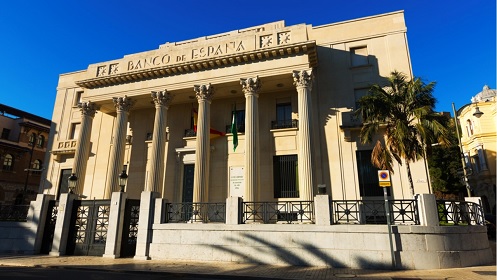 Margarita Delgado, the deputy governor of the Bank of Spain, has expressed her views on the use of cryptocurrencies and how they may damage the country's economy. The remarks were made at a speech delivered at an event named "a climate of change" organised by the multinational professional services network PWC, which focused on the changing character of the financial sector.

The deputy governor warned that the widespread usage of cryptocurrencies poses a number of systemic dangers, including the overall lack of information among those who utilise these assets. The mystery associated with the decentralised finance segment, which can lead to over-leveraging and payment issues, is one of the main hazards. Delgado elaborated on the potential effects of the crypto market on other markets:

Due to the fear and overreaction that can be carried to other trading settings, its extreme volatility can have a contagious influence on other markets.

Delgado also mentioned the impact of investing in and storing bitcoin assets on traditional banking, citing the growth of a mixed industry that provides both services to its customers. The assets' implementation, she said, would result in a "significant increase in patrimonial and reputational concerns."

When it comes to traditional banks offering cryptocurrency-based services to customers, the Bank of Spain has previously raised concerns. In February, the governor of the Bank of Spain spoke against the hazards of this association at the II Finance Observatory, noting that exposure to cryptocurrency assets would introduce new risks to the banking industry.

Finally, Delgado thinks that 12% of Spaniards own cryptocurrency, implying that this type of discussion is necessary in order for them to gain a full understanding of the crypto landscape. She came to the following conclusion:

It would be crucial to determine whether these investors are completely aware of the risks they are taking or if they are just being pushed by hopes of exceptionally high revaluations.