Bitcoin (BTC): African entrepreneurs want the CFA franc to be abolished in favor of the parent cryptocurrency

The CFA franc is linked to the euro and printed in France, with a monetary policy controlled by the former colonial power. It is used in 14 African countries by nearly 150 million people every day. In 1994, the World Bank devalued the CFA franc against the French franc from 1:50 to 1:100. West Africans then realized that the value of their savings had been halved. Today, many Africans find the CFA franc an uncomfortable currency. It would be desirable for bitcoin (BTC) to replace it. 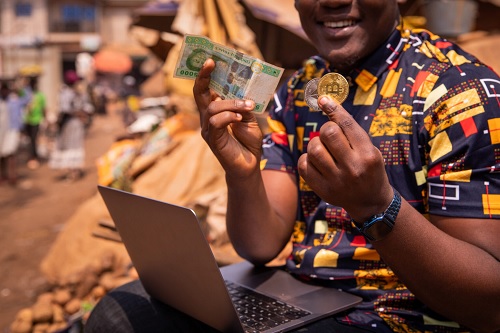 A disempowering currency that must be changed

Gloire, who is the founder of Kiveclair, a refugee project inspired by Bitcoin Beach in Congo, said that the CFA “  makes whole countries dependent  ”. He added that “  it is usually the poorest who suffer  ”. “  The most striking example is that of 1994, when France and a privileged few decided to devalue the CFA franc. There is no guarantee that such a thing will not happen again, especially since the global economy is under threat  ,” he stressed.

Mama Bitcoin, the first retailer to accept cryptocurrency in Senegal, said the CFA is "  disempowering  ". She suggested that bitcoin is a way out. “  Our money belongs to France, the CFA is made in France and is – for lack of anything better – a colonial currency. Bitcoin, on the other hand, belongs to everyone  ,” she said.

Meanwhile, in Senegal, Mouhammad Dieng, co-founder of SenBlock, an NGO for the promotion and adoption of cryptocurrencies , revealed that he does not like "  the CFA, because its monetary policy does not allow us to develop. Bitcoin is a less risky alternative for making the transition to an African digital currency. ".

Education, an obstacle to overcome for the adoption of cryptocurrencies in West Africa

Nourou, founder of Bitcoin Senegal which aims to facilitate the adoption of bitcoin (BTC) in his home country, was interviewed on the subject. He said that “  education remains the biggest hurdle to overcome  ” for cryptocurrencies to be fully adopted in West Africa. He has noticed that with a literacy rate of only 50% in his native country, he can only talk about bitcoin with business owners, entrepreneurs and educated members of the community. “  Most people in West Africa have at least heard of bitcoin. It's about reaching the right people and raising awareness  ,” he added.

lNourou believes that it is “  absolutely necessary to educate people about money  ”. Likewise, Gloire pointed out that people need to "  understand that it is possible to decide your destiny without asking permission  ." He adds that "  the biggest challenge is to teach young people that a simple telephone and an Internet connection are effective weapons to protect themselves from the CFA by adopting bitcoin  ".

For many Africans, especially entrepreneurs, the CFA franc is an uncomfortable currency, especially since they have no control over it. The solution to remedy this problem would be to adopt cryptocurrencies, in particular bitcoin (BTC).