The hashrate can provide a wealth of information on the state of the Bitcoin (BTC) network or other networks that operate on the basis of proof-of-work. This is the level of difficulty of the calculations that miners must solve in order to add a new block to the network. While electricity prices continue to rise and regulations surrounding cryptomonnaies get more stringent, the hashrate continues to rise. 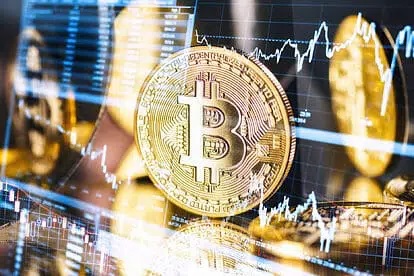 What might be the causes of this increase? Is this a threat to the ecosystem?

The number of calculations that can be resolved by miners per second is represented by the hashrate. They must solve mathematical algorithms in order to create a block within a blockchain. The majority of the miners are in agreement. The first person to find the solution wins the right to create an additional block and hence a prize. The speed will be determined by the computing power of the devices, which is measured in hashrate. Important: When we talk about hashrate, we're only talking about cryptomonnaies that work with proof of work.

The hashrate collapses in April 2021, following the announcement by the Chinese government to prohibit cryptocurrency mining on its soil. China wants to launch its own digital currency and does not want to compete with other cryptocurrencies such as bitcoin. Digital assets, including mining activities, have been banned across the country.

As a result of this occurrence, the complexity of calculations was automatically adjusted as a result of several miners being forced to relocate outside of Chinese borders. The hashrate was split in half, going from 180 million to around 84 million terahash per second (TH/s). A massive price drop for bitcoin, whose value was halved in a matter of days, falling from 68 000 $ to around 30 000 $.

Is there a risk that the level of hashrate or the price of bitcoin may drop in the next weeks?

Bitcoin miners are now concentrated in the United States, Kazakhstan, Russia, and Canada.

Recently, Joe Biden stated that the United States wanted to establish a legal framework around cryptocurrency. Not wanting to exclude them from the landscape, this new has the effect of putting the market in front of them.

Kazakhstan is prone to electricity outages on a regular basis. Several mining operations have had to halt operations on the kazakh soil. There isn't much else to say about hashrate. However, it is obvious that a comprehensive ban on mining on the territory would put a stop to bitcoin's growth.

Russia, which received a large number of bitcoin mining machines near the end of the year 2021, is now in a precarious position in terms of its economic and political circumstances. Is the worst still to come?

The European Union has submitted a legislative proposal known as MiCA. This project aimed to regulate activities centered on digital assets for the first time. However, he aimed to limit mining activities on European soil while also considering their environmental impact. Chances are, the bill's text will be rejected, which is a good thing for bitcoin.

Geopolitical events, like as the Ukraine conflict, might influence the hashrate and bitcoin price. Will other countries or territories impose limits on crypto currency mining? There are several questions that might pose risks to the development of this new ecosystem. But, more broadly, would it be a threat to bitcoin's decentralization and the future of digital assets?

In terms of practicality, the possibility of seeing the hashrate drop in the coming weeks or months is rather significant. In fact, it's the same principle that applies when approaching a resistance.