In a crisis-stricken country, the central bank Residents dealing with cryptocurrencies in Sudan have been cautioned that they face a number of hazards, including the loss of value. The warning comes as Sudan struggles with an economic crisis that has deteriorated since the military toppled the civilian administration. 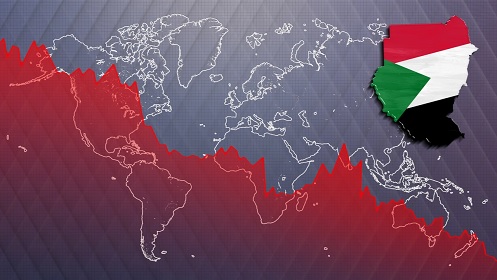 Sudan's Economic Crisis Is Getting Worse

According to a source, Sudan's central bank has advised residents against using or trading cryptocurrencies as the country's currency continues to fall. Those interacting with crypto assets face dangers such as loss of value, financial crimes, and electronic piracy, according to the report.

The CBOS, however, has advised that citizens engaging with cryptocurrency face legal dangers, according to a story published by Sudan News Agency. Such concerns, according to the central bank, derive from cryptocurrencies' failure to be classified as "money or even private money and property" under the country's regulations.

Other hazards, according to the research, originate from the "lack of material cover" of the certificates, as well as their issue by unlicensed or unaccredited organisations. The article did not say if Sudan's military government, which took control in October 2021, plans to pass new legislation punishing Sudanese people who ignore the national bank's warning.