Buterin explains his remarks about "gambling" on "$3M monkeys," but adds he prefers to see NFTs used to pay public goods. 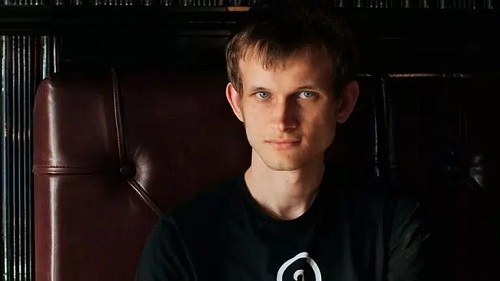 Vitalik Buterin, the developer of Ethereum, is featured on the cover of the current edition of Time, and his major interview with the publication has sparked discussion about his fears about the future of the crypto ecosystem.

In a recent interview with Time, Vitalik Buterin discussed the importance of valued NFTs.

On Twitter today, he corrected his remarks, claiming that he doesn't "hate apes," but rather wants NFT revenue to be spent for public purposes.

The emergence of the NFT market, which generated $25 billion in trading volume in 2021 alone, is one remark that has gained popularity on social media. "The danger is that you have these $3 million monkeys, and it turns into a different kind of gambling," he said of NFT market speculation to Time. "There are a lot of folks who are just interested in buying yachts and Lamborghinis."

Buterin was reportedly alluding to the Bored Ape Yacht Club, which is one of the most popular Ethereum NFT collections on the market, according to Time. While some saw his remark as a dig at the project or high-value NFTs in general, he later explained his sentiments on Twitter.

"I don't dislike apes; all I want is for them to pay for public amenities!" In response to Neeraj Agrawal, director of communications at Coin Center in Washington, D.C., Buterin tweeted.

In the crypto world, public goods refer to open-source technologies and infrastructure that may benefit everyone. Buterin has spoken extensively on the subject and feels that the Ethereum ecosystem should encourage activities that advance the area.

When questioned about the crypto industry's response to Russia's continuing invasion of Ukraine, Buterin told Time, "Ultimately, the objective of crypto is not to play games with million-dollar photos of monkeys, it's to do things that produce substantial results in the real world."

The Bored Ape Yacht Club is a collection of 10,000 randomized NFT profile images. Owners have access to a secret network of NFT holders, as well as extra benefits such as NFT drops, the freshly created ApeCoin token, special goods, and live event access. Owners of photos can also use them for commercial reasons.

Bored Ape NFTs have surged in value since debuting in April 2021 as a consequence of those perks and increased celebrity interest in the project. The lowest Bored Ape NFT currently available on a secondary market is valued at 101 ETH, or around $304,000. An NFT functions as a deed of ownership for a single digital property, such as a photograph or video file.

According to statistics from CryptoSlam, the Bored Ape Yacht Club and subsequent NFT collections have produced approximately $3 billion in secondary trading traffic. Due to the launching of ApeCoin, the project has experienced an increase in sales volume recently, with holders able to claim more than $100,000 worth of APE tokens for each NFT at the current price.

The project's growing popularity, however, has sparked criticism, mainly from people outside the NFT sphere who scorn the concept of tokenized photographs selling for millions of dollars each. Buterin's most recent statements show that he isn't opposed to Ape NFTs, but that ETH should be used for public purposes rather than speculative bets.

NFT monies are being used for good reasons, according to some notable crypto industry figures who responded to Buterin. The Bored Ape Yacht Club, for example, recently donated $1 million to Ukraine, matching roughly $1 million in community contributions to the cause.

"I can guarantee you that there are many of us in this pocket of space attempting to assist support public goods by forming groups and raising money, among other things!" Farokh, a Rug Radio DJ and NFT influencer who has NFTs from the Bored Ape Yacht Club as well as other notable collections, tweeted.

"Moving luxury expenditure to digital things is a public good," said Anatoly Yakovenko, co-founder of Solana Labs. "Unlike penthouses or Lambos, they don't take up living space or emit CO2."