Today, the European Parliament decided to implement new regulatory restrictions that will effectively ban anonymous bitcoin transactions. The vote was initially reported by CoinDesk, and Valeria Cusseddu, advisor to the Committee on Economic and Monetary Affairs, confirmed it to Decrypt shortly after. 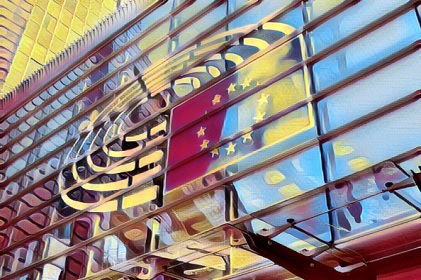 Despite a few close votes on modifications, the final text was unanimously adopted.

The law must first go through tripartite meetings between the EU Parliament, European Commission, and European Council in order to be officially enacted. Nonetheless, the law is unlikely to be derailed as a result of this procedure.

The vote comes after a discussion among lawmakers and the crypto industry about whether such wallets should be subject to know-your-customer (KYC) regulations, which would oblige corporations to reveal personal information about wallet users.

The industry is mostly opposed to the bill. The plan is "anti-innovation, anti-privacy, and anti-law enforcement," according to Brian Armstrong, CEO of U.S.-based crypto exchange Coinbase, who claims that bitcoin is held to a different standard than fiat cash.

4/ This means before you can send or receive crypto from a self-hosted wallet, Coinbase will be required to collect, store, and verify information on the other party, which is a not our customer, before the transfer is allowed.

"Imagine if the EU mandated that every time you paid your rent, your bank had to report you to the police just because the transaction was over 1,000 euros," he joked.

Parliamentarians were divided on the issue as well. Markus Ferber, a member of the European People's Party, implied that it amounted to a ban on private wallets. (It isn't.)

Paul Tang, the chair of the European Parliament's Committee on Tax Matters, said that such fears were exaggerated. "We will not outlaw anything in today's vote," he tweeted. "Instead, we require authentication to prevent unhosted wallets from being used for crime and corruption."