In recent days, Bored Ape Yacht Club has been in the news. After acquiring the intellectual property of the CryptoPunks collection, the decentralized autonomous organization has just launched its own crypto token: ApeCoin (APE) 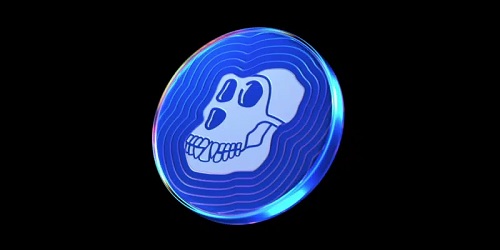 A New Token At The Heart Of The Yuga Labs Ecosystem

The Bored Ape Yacht Club is now aiming beyond just the NFT market. To support its diversification in the metaverse, Yuga Labs, the organization behind the launch of NFTs has chosen to launch its own token: ApeCoin (APE) .

Thus, Apecoin is supposed to become the token at the heart of the entire Yuga Labs ecosystem. As the new token's Twitter account explained yesterday:

Introducing ApeCoin ($APE), a culture, gaming, and commerce token used to power a decentralized community building at the forefront of web3.

ApeCoin (APE): A Crypto For The Community!

For the launch of the token, the organization wanted to continue to fully support decentralization . It was the autonomous organization ApeCoin DAO which managed the marketing of the new token. The project's tokenomics also places a strong emphasis on community. Thus, 62% of the tokens will be distributed to the community. Approximately 15% of these tokens will be distributed tomorrow via an airdrop to owners of an NFT Bored Ape or Mutant Ape.

Yuga Labs should keep control over 9.75% of the tokens in circulation. The tokenomics also provides for the payment of 14% of the tokens to the attention of the contributors who participated in the launch of the project. The four founders keep 8% of the tokens while a little more than 6% will be directly transferred to the Jane Goodall Legacy Foundation, an association that works for the protection of the environment.

From a figures point of view, it is clear that the launch was particularly volatile. Thus, according to data from CoinMarketCap, the token saw its price oscillate between 1 and 39 dollars. At the time of writing, the asset is trading for $7.37.

Yuga Labs Has An Appetite!

This launch of the token is not an isolated initiative. A few days ago, Yuga Labs announced that it had purchased the rights to the other NFT collection that is a hit: CryptoPunks. Highlighted by Larva Labs, the CryptoPunks collection reigned supreme in the NFT market for several months. For many observers, it is also THE collection that really launched the craze around the NFT sector.

The announcement of this “repurchase” was made public 5 days ago. The laboratory at the initiative of the Bored Ape Yacht Club (BAYC) and Mutant Ape Yacht Club (MAYC) collections then announced that it owned the brand and the copyrights for the CryptoPunks collections but also Meebits. This takeover also resulted in the acquisition of 423 CryptoPunks and 1,711 Meebits.