Aware of the needs of Ukraine, which has been constantly under attack since the beginning of the conflict, Bored Ape Yacht Club decides to act. Indeed, touched by the efforts of its community, the collection decides to donate one million dollars in ether to Ukraine. The second largest NFT collection of the moment follows the example of its community and shows its empathy. 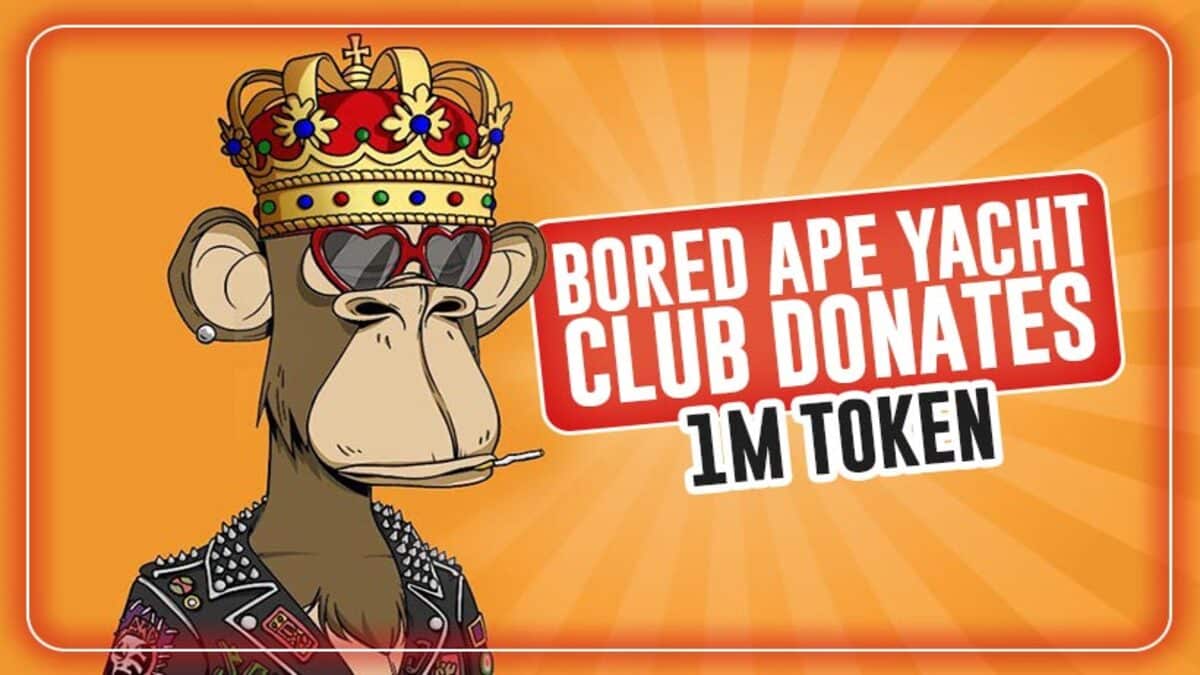 Bored Ape Yacht Club, one of the best NFT collections of the moment

NFTs, or non-fungible tokens, are works of art minted as unique tokens and exist on the Ethereum blockchain. In effect, each NFT represents ownership of an asset. Furthermore, of the many collections of NFTs that exist, Bored Ape Yacht Club is one of the first to achieve a minimum buy-it-now price of 50 ETH.

Since then, the BAYC collection has become a true cultural icon in the NFT sphere. By way of illustration, several celebrities like Steph Curry, Jimmy Fallon or even Eminem have embarked on this adventure.

Currently, Bored Ape Yacht Club is the second largest NFT collection of all time. This ranking was made by OpenSea which recorded more than 417,000 ETH in secondary sales, or almost a billion dollars.

It is then evident that BAYC is gaining notoriety in the NFT space through actions that leave nothing to be desired. With this potential, the collection decides to donate one million dollars in ether in support of Ukraine.

One donation among many others in cryptos

BAYC announced its donation to Ukraine after several other communities did. Indeed, a number of other Web 3 communities, namely DAOs, memecoin holders and several other NFT collections have participated in this humanitarian action. They had all recently announced their plans to help Ukraine through donations.

In addition, to date, Ukraine has already received almost $88 million in cryptocurrency donations. This data comes from Merkle Science and the government. The Ukrainian government notably received more than $7 million in its Ethereum wallet. These figures are those officially announced for the moment by Ukraine.

However, there may be donations that are not yet disclosed by the government. This can be explained by the fact that cryptocurrency transactions are decentralized and therefore under the control of no government entity. However, BAYC has matched the efforts of its community through this million dollar donation.

It's been inspiring seeing our community come together in support of Ukraine – almost $1m in ETH has been donated to @Ukraine by wallets containing a BAYC ecosystem NFT. Today we're matching that with a $1m ETH donation of our own. 🦍♥️🇺🇦

The Bored Ape Yacht Club Collection has made a commendable gesture towards Ukraine through a donation of one million dollars in ether. This donation matches the efforts of his community. Moreover, BAYC is one of the best NFT collections today. The donation of this collection is one of several actions in favor of Ukraine.