As the value of cryptocurrency rises this week, Solana is enjoying more benefits than others. Here are some plausible explanations. 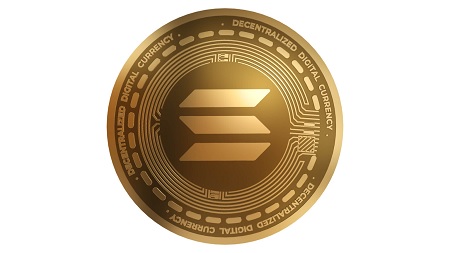 Solana, the ninth-largest cryptocurrency by market capitalization, increased by almost 10% in the last 24 hours, rising from around $96 to $103 at one time. Only Cardano and Dogecoin had similar growth, at 9% and 6%, respectively, when compared to other prominent currencies.

Solana's rise coincides with the announcement by Krafton, the producer of the popular battle royale game PUBG, that it will collaborate with Solana Labs to develop blockchain games on the network.

However, several more firms have recently announced and launched initiatives using the Solana blockchain. Block Tackle, a Web3 gaming business, said on Tuesday that it is working on a Solana NFT skateboarding game, while Coinbase just introduced support for the token to its wallet browser extension.

Non-profit organization dedicated to cryptocurrency The Giving Block also announced today that the Solana blockchain has been integrated to its platform, allowing donors to donate to over 1,400 charity using SOL. SOL holders can donate to charities concentrating on a variety of programs such as Ukraine aid, education, animal welfare, and environmental concerns through The Giving Block's website.

Grayscale, an asset management business, this Monday introduced a non-Ethereum altcoin portfolio that includes 24 percent Solana. Cardano makes up roughly 24 percent of the fund, while other currencies make up ranging from 4 to 16 percent. For individuals who want to focus just on Solana, Grayscale maintains a dedicated Solana trust.

In the DeFi area, the Solana decentralized exchange (DEX) Orca has introduced Whirlpools, a new feature that allows traders to pool liquidity and maximize financial gains. Only Orcanaut NFT holders will get access to the Whirlpools beta, which will be available for at least two weeks in early access.