The federal government established a regulatory plan based on the ministry's approach in February. Later that month, the agency released a new rule titled "On Digital Currency," which established the industry's restrictions. The Ministry of Finance is also looking on concerns linked to crypto income taxation, according to the Tass news agency. 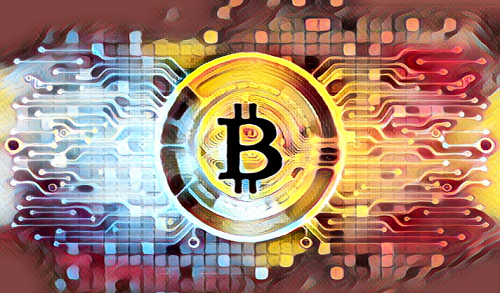 Reconciliation of Bitcoin with the short term

Furthermore, the narrative of the value reserve is still in place, and it is possible that spending satoshis is extremely risky, because we reason in fiat. The bitcoiners' ethical code, which is characterized by a low preference for the long term, is not applicable to the planet's 7 billion people. This volatility is unquestionably Bitcoin's Achilles' heel.

When the price of a cup of coffee might fluctuate significantly from one minute to the next in terms of dollars, the payment function that Lightning is helping to develop becomes less appealing. Few merchants will tolerate this uncertainty on their margin. To reduce market risk, they will choose to transfer these funds in stablecoins. Or, without a transaction medium, no hyperbitconization.

Remember that in the West, where inflation is lower, bitcoin (BTC) can be a good way to pay for immoral activities like pornography or the black market. Ross Ulbricht, a bitcoiner, had figured it out with Silk Road. Bitcoin's non-censurability property carries the risk of volatility in this case.

A bridge between the fiat world and the mainstream Bitcoin

Bitcoin will become the world's "stablecoin" in the long run, thanks to its predetermined and fixed offer. Without the intervention of policymakers, the prices of goods will be determined by the free market, using a 21-million-unit currency. Because the currency will be so safe and reliable, prices will naturally fall as a result of technological advancements. However, the transition from fiat to standard Bitcoin will be chaotic: recessions, social upheavals, uncertainty... Ab chao, ordo.

Few people have the financial and psychological resources to wait several decades before spending their satoshis. Bitcoin's market capitalization will continue to rise year after year, increasing the risks of volatility. But, as Nassim Taleb explains, "There is no long-term stability without short-term turbulence."

The value of a stablecoin

After that, one understands the value of stablecoins, including how they may be used to build a standard Bitcoin. It's a portal between the previous world and the one that is about to emerge. Lightning allows for instantaneous transactions with a low risk of volatility, allowing a merchant to take BTC payments and instantly convert the funds to stablecoins.

Stablecoins that are fully collateralized with liquid reserves are far more reliable than the current monetary system. The lack of fractional reserves, the greatest degree of decentralization, and complete transparency in reserve management make this an extremely useful activity. This opinion belongs to Alex Gladstein and Michael Saylor. They believe that stablecoins are a stepping stone, and that they will be used to protect poor countries from inflation as well as to accompany hyperbitconization.

Jack Mallers, the CEO of Strike, is also well aware of bitcoin's (BTC) inability to be a reliable payment method in the long run. That's why her solution allows you to convert bitcoin to dollars in real time. This is a powerful tool for promoting adoption among business owners. Lui, a great maximalist, recognizes the value of stablecoins, allowing Argentines to use the USDT on Strike to protect themselves against inflation.

The USDT is based on Bitcoin

Synonym has been able to conduct a USDT transaction on Lightning thanks to the Omni protocol and its Lightning equivalent, OmniBolt. A transaction Omni resembles a traditional bitcoin (BTC) transaction, but with additional metadonnées, obviating the need for a separate blockchain.

It's worth noting that Tether attempted to launch the USDT on Omni first, before moving on to other chains to reduce transaction costs. Omni has long been the third-largest USDT-trading chain, after Ethereum and Tron.

Omni is one of the first Bitcoin-based protocols to provide financial functionality to the payment system. It's a technology that gained a lot of traction when Bitcoin was created, and it allowed you to represent and trade personalized assets on the blockchain.

It's also worth noting that Tether has launched their solution on the Liquid sidechain. Users may now perform atomic swaps between bitcoins (BTC) and US dollars (USDt) to go from one activity to the next. Despite being more centralized with its network of functionnaires-validators, this system has the merit of allowing for faster and more private validations than Omni. It is the most performant alternative currently available if one wishes to remain within the Bitcoin network.

However, the Tether solution offered by Liquid is incompatible with other USDT, necessitating the use of a third-party exchange to use stablecoins based on Ethereum or Tron.

What are synthetic stablecoins?

While there are no native stablecoins on Lightning Network yet, synthetic stablecoins are already operational. It is primarily the use of perpetual derivative contracts rather than traditional contracts. This strategy allows you to represent dollars without really using them.

As explained on Lightning Kollider's trading platform, all that is required is to sell in dollars and then discover the amount of bitcoins (BTC) that one wishes to cover through continuous exchanges. When you want to get rid of this money in dollars, just close the position and get a BTC equivalent, then sell it on an exchange. The ability to do such a maneuver directly from a nud or a wallet compatible with Lightning simplifies the process. The high speed of the LN network reduces the risk of a price change right before the transaction is completed.

There are already synthetic stablecoins on the #LightningNetwork today ⚡

A thread 🧵 on what they are, how they are created, and who uses them.

The following is not investment advice, it's purely an educational overview. Do your own research. pic.twitter.com/jg8lkDsCQZ

However, even if these financial tools are helpful in reducing volatility in relation to the dollar, sharp price changes might put the system in jeopardy. This is why the launch of a native stablecoin would be far more appealing.

Towards a Bitcoin (BTC) stablecoin?

Isn't there going to be a stablecoin built natively on the Bitcoin protocol and usable on Lightning Network one day? In addition to relying on the world's most decentralized and secure blockchain, transaction fees might be extremely low.

According to certain developers, thanks to advancements in DLC (Discreet Log Contracts), it would be possible to implement a stablecoin on Lightning with a minimum of trust. It would be possible to create Lightning channels with a value equal to the amount to be covered in stablecoin. The canal would automatically rebalance itself by changing the allotment of each side of the canal thanks to oracles tasked with gathering data on the dollar's price. The road to creating a stablecoin through DLC is still lengthy, but the hypothesis is intriguing. With a simple source of price information provided by oracles, all kinds of currencies might have their equivalent in stablecoin on LN.

Stablecoins are extremely useful monetary innovations that will accompany hyperbitconization. They'll be the link between the fiat world and a world governed by the Bitcoin standard. To build a native stablecoin on the Lightning Network, it's necessary to be excited about current developments.