With sanctions cutting Russia off from global banking, the Russian finance ministry's urge to build a local market infrastructure for digital assets is growing, according to a top official. The remark comes as Russians lose access to international cryptocurrency exchanges. 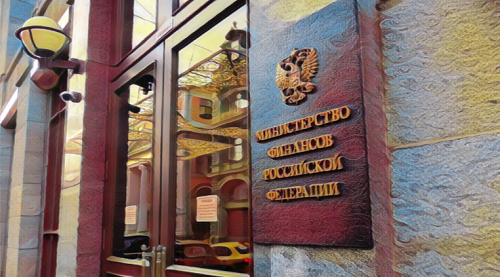 Russia Recognizes the Importance of a Local Cryptocurrency Market

Russia has turned its focus to cryptocurrencies in the face of rising international sanctions over its invasion of Ukraine, raising worries in the West that the government may use them to dodge financial restrictions. Russians are finding it more difficult to cash out their digital possessions as a result of the sanctions.

As sanctions have resulted in limitations on international exchanges for Russian nationals, the incentives to construct the Russian infrastructure for the cryptocurrency market have intensified. Ivan Chebeskov, head of the Ministry of Finance's Financial Policy Department, made the comment during the International Banking Day conference, according to Tass.

According to the high-ranking official, it has become extremely difficult for Russians who have invested in cryptocurrencies overseas to withdraw their cash and convert them into fiat currency. Foreign authorities are concerned about Russian citizenship, money is being stopped, and new accounts are being rejected. Chebeskov went on to explain:

As a result, the incentive to build a Russian infrastructure for digital currencies grows even stronger.

Russians would be able to withdraw their money as well as perform other transactions on a Russian crypto market. A rising percentage of them, according to the Finance Ministry, are eager to move their coinage to Russia. Russian customers have already been denied access to several trading sites, including as the biggest South Korean exchanges.

The law "On Digital Financial Assets," which took effect in January 2021, only partially regulates the Russian crypto market. The Central Bank of Russia has proposed a total ban on cryptocurrencies, while most institutions favor the Minfin's plan to license the business under stringent government oversight.

A regulation plan based on the ministry's approach was adopted by the federal government in February. Later that month, the agency introduced a new law titled "On Digital Currency," which set forth detailed regulations for the industry. According to the Tass news agency, the Ministry of Finance is also focusing on issues related to crypto income taxation.