Fuse Lending, an implementation of the Ola Finance lending protocol, was hacked on March 31 on the Fuse network. The hacker pocketed around $4.6 million in various assets, mostly in ethers (ETH) and bitcoins (BTC). 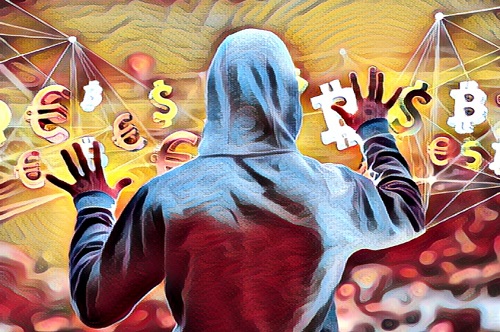 The attack on Fuse Lending

Fuse Lending , Inc. (“FUSE”) is a wholly owned subsidiary of Globe Fintech Innovations, Inc. (doing business as “Mynt”). Fuse Lending is a licensed lending institution that caters to the underserved and unbanked population of the Philippines. It aims to create and sustain opportunities for growth and stability for individuals and businesses alike through responsible, fintech-focused lending.

Fuse Lending is regulated by the Securities and Exchange Commission (SEC) of the Philippines. And fully complies with its rules and regulations.

On April 1, decentralized lending protocol Ola Finance revealed, on Twitter and Medium , that it had suffered an attack that saw hackers stealing many cryptocurrencies worth $4.6 million from the platform. . 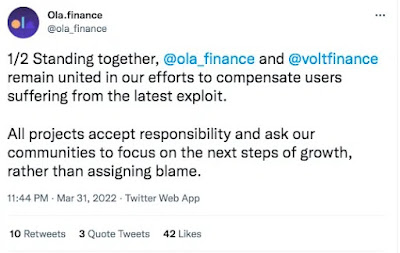 The attack occurred through a reentrancy vulnerability in the ERC677 token standard. Reentrancy is a common bug that allows attackers to trick a smart contract into making repeated calls to a protocol in order to steal assets. A call is an authorization for the smart contract address to interact with a user's wallet address.

You can read on medium:

Then revealing the addresses on the Fuse Chain, Ethereum, BNB chain that you can find on their medium.

Ola finance was able to divide the attack against its service into 6 stages:

2. The attacker has mint oWETH at C2 (transferring WETH to the oWETH contract).

5. Since C1 had no loan balance, he could redeem the oWETH for WETH.

Ola finance is working on several points. First trace and identify all “problem” tokens. Currently it is impossible to borrow and lend tokens in order to give teams time to identify all the flaws.

Finally, we can read on medium: “ In the coming days, we will publish a formal compensation plan detailing the distribution of funds to affected users. This plan will be accompanied by additional articles describing in more detail the “next steps” that we will take. We thank our partners for their support in analyzing this attack and helping us find a quick solution. »

It's not a funny April Fool's joke for investors or for Ola Finance, but these are the risks and realities of DeFi. Always be careful and diversify your investments and DeFi or even CeFi sites. As the saying goes, don't put all those eggs in one basket.