Anonymous Claims It Has Released 28GB of Bank of Russia Documents

Anonymous, a hacking collective, is said to have released a substantial amount of data allegedly belonging to the Bank of Russia. The announcement comes after the group claimed earlier this week that it had hacked Russia's central bank, a claim disputed by Moscow's monetary authorities. 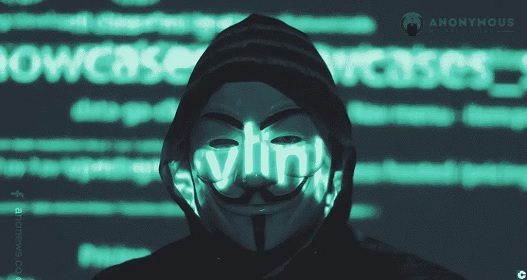 A group linked to the international hacktivist collective Anonymous, known as @Thblckrbbtworld (The Black Rabbit World), has announced the release of 28GB of data taken from Russia's Central Bank (CBR). Another hacker-linked Twitter account, @YourAnonTV (Anonymous TV), corroborated the storey.

JUST IN: The Central Bank of Russian Federation leak (28 GB) has been published by #Anonymous hackers (@Thblckrbbtworld).#Ukraine #OpRussia

Anonymous announced on Thursday that it had hacked the CBR and promised to expose over 35,000 files in the next 48 hours. They contain, among other things, some of the regulator's "secret agreements," according to the statement. The Bank of Russia denied the allegations, claiming that none of its computer systems had been compromised.

Anonymous' latest move comes after the group launched a cyberwar on Russia for its decision to invade Ukraine. The gang threatened to take down the Kremlin, the State Duma, and the Defense Ministry's websites, as well as state-run television networks like Russia Today (RT) and several streaming platforms.

The CBR's documents have been distributed to several web locations, according to the hacker group, which added that if the ones it gave are censored, it will release them through new links. Hundreds of audit reports and details on bank owners are among the files, according to a post by the BBC Russian Service, which was cited by Forklog.

Russia and Ukraine have engaged in cyberspace in addition to their military conflict on the ground. A number of Ukrainian websites were apparently attacked by Russian-backed hackers just before Russian troops crossed the border in late February. The Ukrainian government has been recruiting cyber professionals who have supposedly participated in both defensive and offensive operations for its cyberforce.