Metaverse: After the Bitcoin ETF, ProShares launches another ETF

ProShares, the asset manager that launched the first bitcoin (BTC) futures ETF in the US, now offers a metaverse ETF as more issuers look to break into this segment Steps. As a reminder, this project was announced in December 2021, but the company did not explain it in detail, because it wanted to surprise its customers. 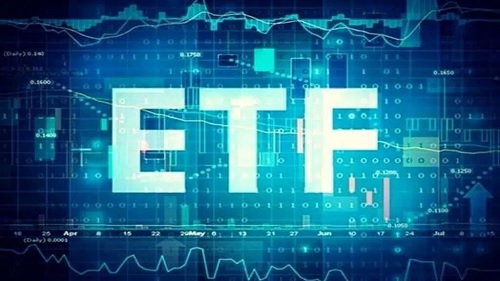 On Thursday, ProShares announced that the ProShares Metaverse ETF (VERS) began trading on the NYSE Arca "The metaverse could have as much of an impact on society as the arrival of the internet or the mobile phone, and the investment opportunity could be just as compelling,” ProShares CEO Michael Sapir said in a statement.

The ETF is based on a Solactive Metaverse thematic index which includes a total of 40 companies . These companies include device manufacturers, data processor designers, social media and gaming platforms. Apple is the largest company in the ETF. It is followed by Alphabet, Microsoft, Meta Platforms (formerly Facebook) and NVIDIA.

"In the not-too-distant future, everything from a business meeting to time spent with family could take place in the metaverse , and VERS offers investors an easy way to access potential growth," said Scott Helfstein. , executive director of thematic investments at ProShares.

Great plans for the future

METV launched last June and has reached $726 million in assets , according to the Roundhill website. MTVR and PUNK, which launched in October and January respectively, have combined assets around $10 million . Currently, ProShares manages the equivalent of $60 billion in assets which are spread across approximately 140 ETFs in the United States.

Since BITO's launch in October, where it raised nearly $1 billion on its first day of trading, inflows to the fund have stagnated. Nevertheless, the company's team continues to believe that a bright future is reserved for the various projects it is developing.

For investors, ProShares is pulling out all the stops by carrying out a project whose first steps were launched last December. For society, the metaverse is the future. Investors who get started now stand to benefit from considerable income in the future. To this end, it multiplies the projects likely to interest them.