Since last year, the cryptocurrency industry has been constantly innovating in the field of gaming. A new blockchain-based version of Dragon War, a fantasy strategy game has just been launched. 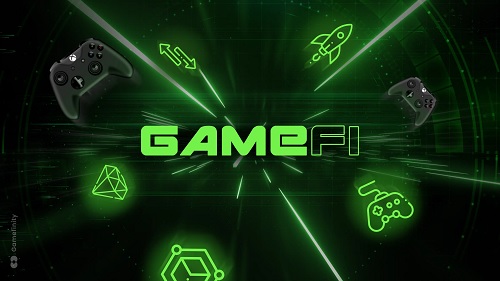 Dragon War is based on the Solana (SOL) blockchain. In the game, the player finds himself in a mystical realm amid badass characters. The latter are represented by non-fungible tokens (NFT) that can be upgraded and upgraded from fairly rich gameplay.

Each player can embody one of the four unique heroes of the game namely: human, wizard, elf and orc. Each of the heroes has abilities that set them apart from the others. However, all heroes can summon elemental dragons based on familiar attributes such as earth, fire, thunder, and water.

Each type of dragon also has its own strengths. Dragon War leaves the possibility of modifying and adding characteristics to these forces. There are three levels of rarity for dragons: common, uncommon, rare. The innate strengths and abilities of dragons depend on their levels.

Also, each hero can use their innate abilities to improve their chances of winning in battles. That said, thanks to the lightning-fast Solana blockchain architecture it's built from, Dragon War is very enjoyable to play . In addition, in-game transaction fees are close to zero.

It must be said that from the beginning of its development, the Dragon War project interested eminent venture capitalists and blockchain incubators. These include AU21 Capital, Athena Ventures, Vendetta Capital, Red Kite and Icetea Labs.

There are different ways to play Dragon War game. Players can notably engage in PvP and PvE battles against other players. They can complete missions and quests. They emerge victorious by managing to top the leaderboard at the end of each PvE and PvP session. Additionally, they have the option to sell their rare or upgraded NFTs on the Dragon War Market.

In Dragon War, all characters, skills, and weapons are represented by NFTs. Each of these can be traded and sold to other players. This offers participants a rich range of potential strategies and in-game opportunities. Additionally, the best players will manage to find synergies between their heroes, their dragon and their elemental forces for more effective gameplay.

The blockchain and NFT industry welcomes a fantastic new game: Dragon War. This game has interesting features and its gameplay is successful. It offers a lot of possibilities when it comes to strategy and game mode.